The Ministry Team is responsible for leading regular worship and presiding at baptisms, weddings and funerals. We also try to provide pastoral care to all who live in the benefice. We meet regularly for prayer, planning, and mutual support. 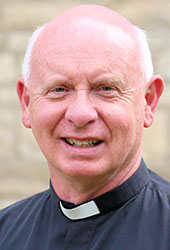 Gareth became Rector of the Akeman Benefice in February 2017, having served previously in the Blenheim Benefice. He has been ordained for nearly 40 years and is also Area Dean of Bicester and Islip, part of the Diocese of Oxford.

Gareth has also spent some of his career working with people with severe learning difficulties, teaching English as a foreign language, and is also a Relate-trained counsellor (although his services are not available to people living in the Akeman Benefice).

He lives in The Rectory in Kirtlington, but is available to people throughout the seven parishes in the Akeman Benefice. In his spare time he enjoys music, travel, reading, and family history. Gareth has five children and two grand-daughters. 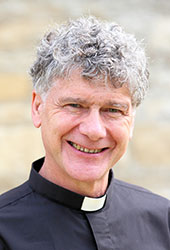 Nick became Associate Priest in the Akeman Benefice in March 2020. Ordained in 2014, Nick was previously Deacon at St Andrew’s, Gorleston-on-Sea, Priest at St Andrew’s, Lowestoft, and Interim Minister in St Michael’s, Oulton. Before his ordination Nick was an active Lay Minister and a Street Pastor, with a career as a reputable local building tradesperson and his own limited company. Nick also teaches English as a foreign language and completed an MA in Classical Hebrew at the University of Sheffield in 1996.

Nick met his wife Shuba whilst they were both studying at the Mattersey Hall Assemblies of God Bible College in the early 1990s. They live together at The Rectory in Chesterton. 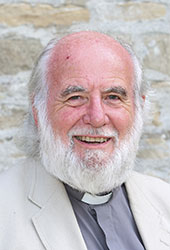 Bob joined the Akeman Benefice in November 2017 when he moved to Kirtlington with his wife Sheila, having retired from full-time ministry. He has served for two periods in Liverpool as parish priest and Bishop’s Chaplain, in Birmingham as Cathedral Dean, and in Oxford as City Rector at St Michael at the North Gate. For fourteen years he served as Director of the Church Mission Society in the Middle East and Central Asia.

Bob currently chairs the mission network Faith2Share, the Oxford charity Restore, which supports people with challenges to their mental health, and is Chair of the Kirtlington Village Hall Management Committee. Bob and Sheila are parents to four children and grandparents to four granddaughters and one grandson. 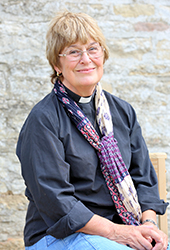 Paula has lived in Kirtlington since 2001 but hasn’t been there very much until recently. After a number of years as a University teacher, in Reading and Oxford, she changed direction and worked in overseas development for 14 years, which involved a lot of travel in the developing world. After ordination she served part of her curacy in this Benefice, before becoming Vicar of Minster Lovell and subsequently a chaplain in the Diocese in Europe, working in both Spain and France. Now back home for good she is looking forward to playing a more active part in the Benefice, as well as continuing to write on medieval mysticism and on reflecting theologically on contemporary issues. 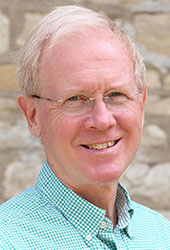 Paul is a Lay Minister who has been licensed to the benefice since 2009, leading worship and preaching, running a fellowship group and helping out with some financial and administrative aspects of the benefice. He is a retired company director who also worked for Oxfam for a number of years. In addition to his ministry, Paul is a trustee of a national charity working with profoundly deaf children and spent eight years as a governor of Kirtlington School. He enjoys acting, fooling around with his grandchildren and is a cricket tragic. 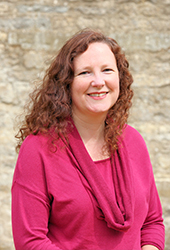 Gemma leads the work across the Akeman Benefice for children and families, including Messy Church. She is a secondary-school English teacher and lives with her husband Philip in Kirtlington. They have two young children.